An Aggie through and through, Dr. Marvin had a challenging childhood to overcome.  Those years were very formative into his passion of helping “at risk” students today.  Dr. Marvin enlisted in the Navy at the age of 17 and later accepted an ROTC scholarship and attended Marion Military Institute.  After the service he married his high school sweetheart.  He attended the University of Wyoming majoring in earth space education with a minor in physics.  His first teaching job was at Bryan High School, he taught all the sciences but primarily physics and chemistry and he coached several sports.  While at Bryan he received a fellowship through the National Science Foundation to attend graduate school at Texas A & M University.  He earned a Master’s Degree in Education Administration.  His leadership was formed by the influence of Dr. John Hoyle, Dr. Virginia Collier and Dr. Cathy Loving.  Dr. Marvin went on to finish his doctorate in education at the University of Houston on the advice of Dr. Hoyle.

His first administrative position was in Sheldon ISD, where he became a Science Curriculum Specialist.  Dr. Marvin found his niche at KASE Academy in Sheldon ISD.  Dr. Marvin has been in Burnet, Texas for nine years now with his wife Ms. Tammy who works at Shady Grove Elementary, and his children Jazlyn and Sean Michael.  His passion for helping students achieve under difficult circumstances is what drives him each day to be the best principal he can be.  Spirit, Pride and Honor are the centerpiece of learning in Burnet CISD. 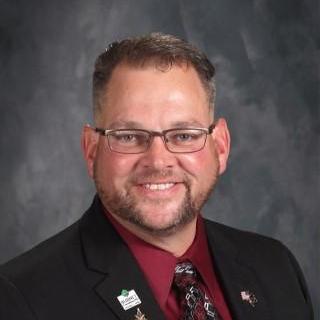